I was walking through a local store the other day. {Okay, make that a few weeks ago, but it just popped back into my brain.} I was randomly meandering around the store when I discovered something that threw me and just HAD to share the oddity of it. 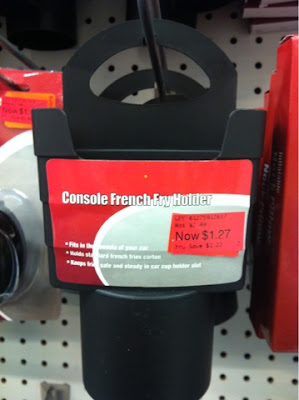 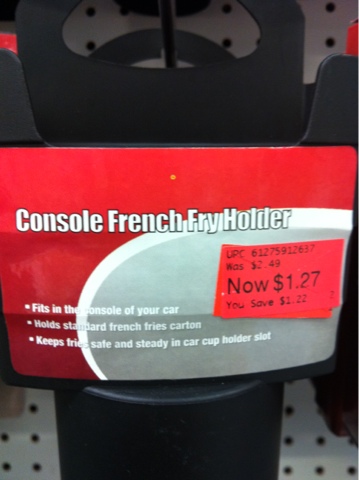 Okay, I know that I'm a lot bit out of the loop since we've now lived in Europe for 8 years, but really?!?! Since when do we need a "Console French Fry Holder"? Ummmmm don't most American vehicles already have a cup holder? And last time we were actually in America, fries fit into said cup holders.  Apparently I'm not the only one that thinks so....it has been marked down. Although, there were only a handful left....unless they only sent a box and only a few fit in a box. Hmmmmm Okay...head hurts from contemplating all of the possibilities.

God is So Loving

I did quite a few things yesterday...a LOT of running around. It wasn't that hot, boy it was humid. I got waaaay to hot from the high humidity. I sprayed my pony tail with cool water, rubbed the back of my neck with cool water, and rinsed my face off thoroughly with cool water (all wonderful remedies for excess heat). I finished my day with a Bible study at Home Group at our pastor's house. Busy, but no more than a normal "errand day."

Then today. Woke up with my left foot swollen and the top part red (it still is). It hurt off and on (not too bad until the evening). I was mentally complaining...."really?!?! Why me..Again! It's not fair. *pout" Okay...more whining I guess. The gracious God in Heaven I serve didn't "zap" me or slap me on the back of the head (both I deserve). Nope. He listened.
He reminded me of a previous lesson (give thanks in all things).
He urged me and have me the strength to do dishes (one of my nightly goals I'm trying to turn into a habit).
And the most humbling? This was my devotion that I normally read in the morning, but hadn't until a few minutes ago. 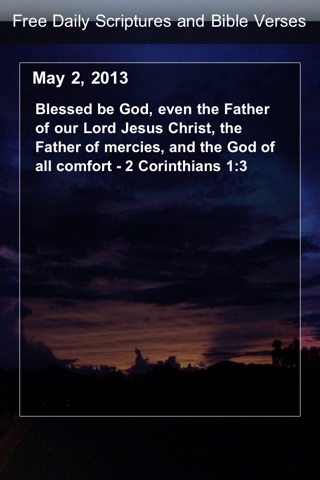 Where was I? Oh yeah. In honor (still not sure if that's the right word) of turning 37, this post will be in the vein of others I've read. Some are things I've learned in my X years. Me? I learn something new daily, which is something I think we should all strive for. Learn something new. Even if that is something as complex as a new skill or a new word or a random fact. Your mind should continue to expand. And no, not the head expansion from too many compliments. This will be about 37 things I've seen. From the random to the "bucket list."

Sooooo, here's my list of things for the recent anniversary of my birth. 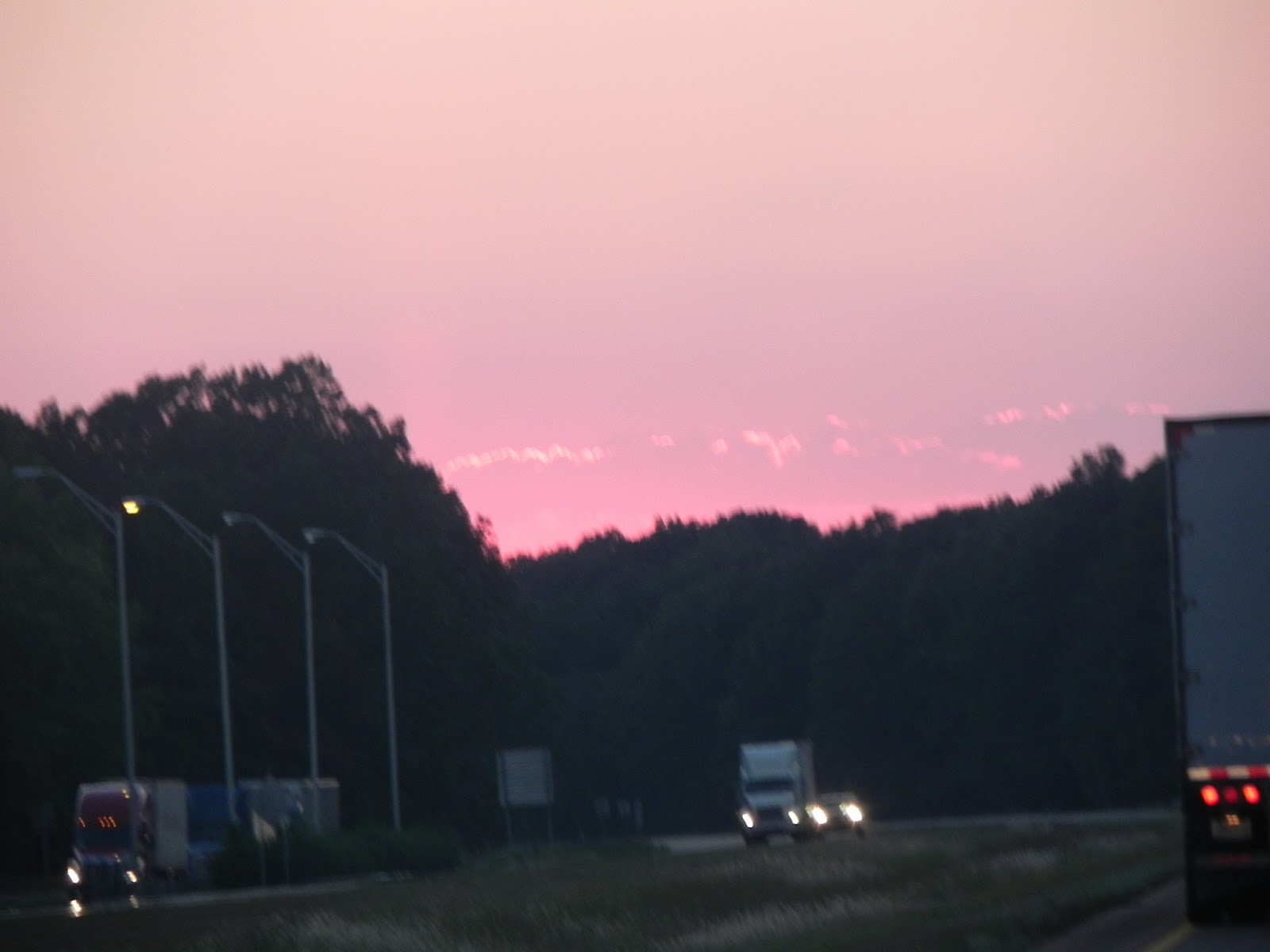 3. The Leaning Tower of Pisa

4. A soft rain shower in the midst of a beautiful, bright sunny day

5. The Pantheon in Rome 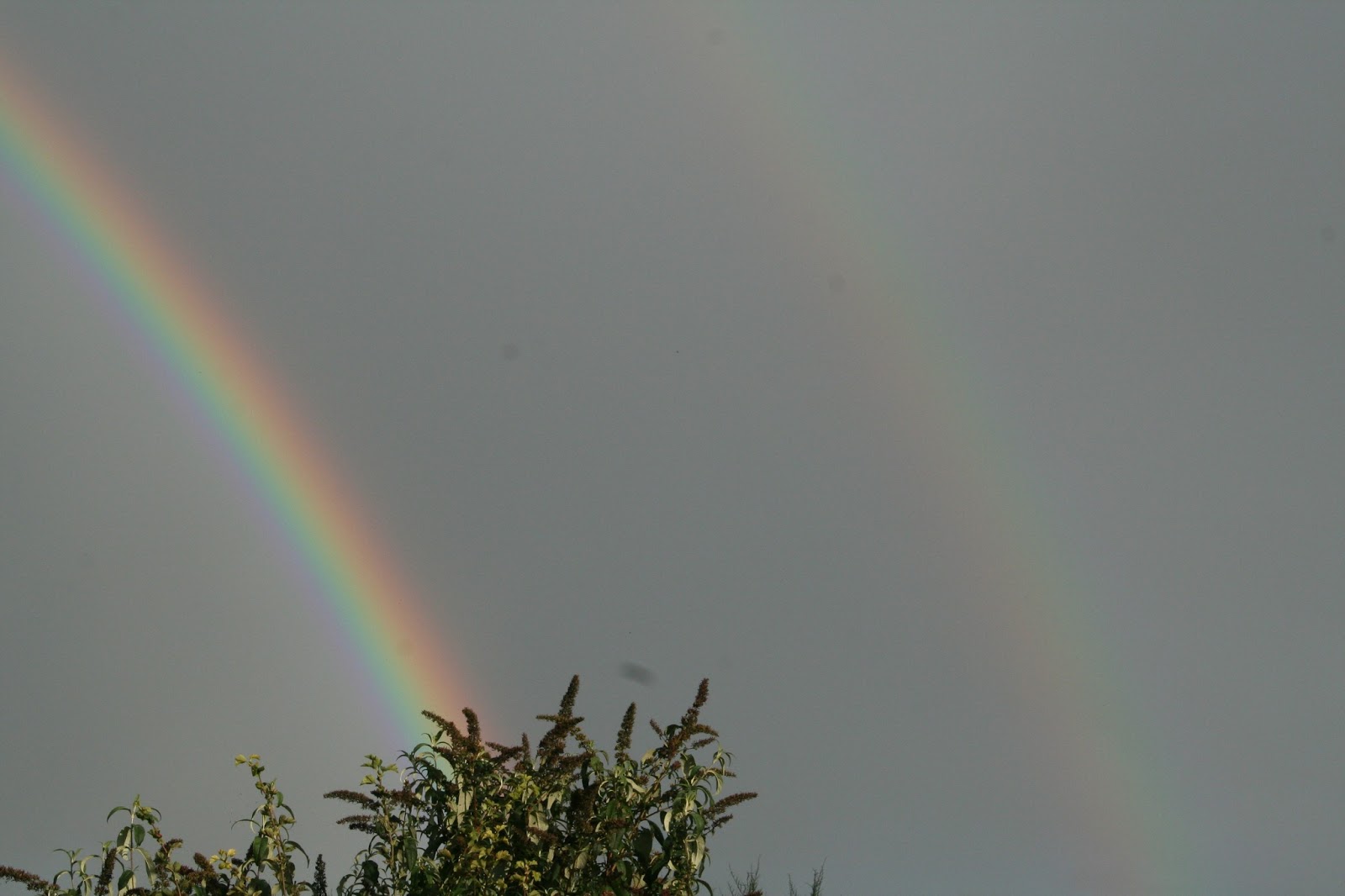 7. The canals of Venice, Italy 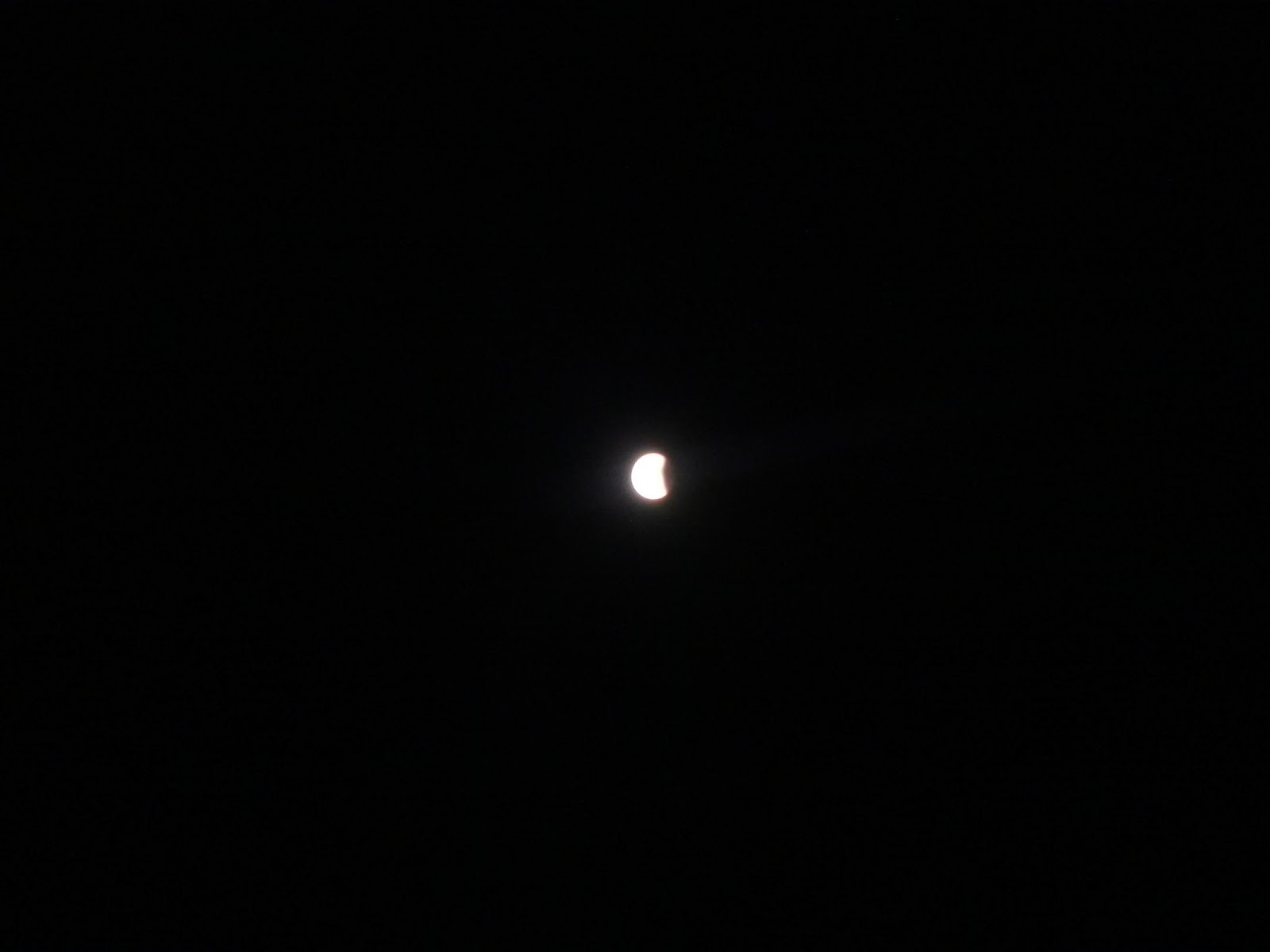 9. The Eiffel Tower in Paris, France 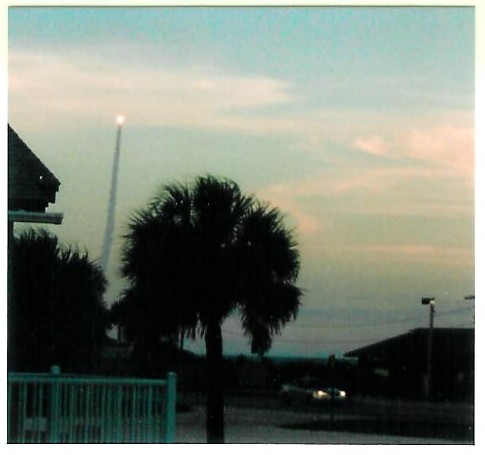 12. Verona...where there actually was a Capulet family and a Montague family, although there is no record of the "star-crossed lovers" bit per Shakespeare

13. Rain coming down sideways. Happens in the Acores. We lived on Terceira for 3 years. Reason for the rain? The storms can move so fast that the rain doesn't have time to come down...straight

14. The Rosetta Stone at the British Museum in London, England

15. A dust storm in Saudi Arabia

16. The Louvre in Paris, France

17. A mountain whose top was covered in snow on a hot day in June (seen from a few miles away)

19. A wave of dust from cars flying down a dirt road

20. The Trevi Fountain in Rome

21. The first buds of flowers awakening in spring

23. Strangers of both sexes holding a door open for someone they didn't know

25. A circus with clowns and performers

26. Tower Bridge (the London Bridge from the song is actually not even in England although there are quite a few bridges in London that cross the Thames River)

27. A child's smile when they see their parent for the first time in 6 months

29. A spouse tear up when their military member gets off the bus after being deployed and in harm's way for months

31. A mother and son reunited because of a wedding ceremony

33. Too many funerals (and not done by any means....the hardest ones are still to come)

36. Circumstances and lives changed through prayer to Jesus Christ

37. The smile on my guy's face when we said our vows almost 14 years ago

We used to meal plan for the week on Friday evening or sometime Saturday for the following Sunday through Saturday. The problem was that Sunday night was either up-in-the-air or we had to get the stuff for it on Sunday. Not working. Sooooo we decided to switch it up to meal planning for Monday through Sunday. I will get the majority of Tuesday (errand day....Monday is DIY for now) and the "weekend" bits on  Thursday or Friday. Since we just decided that mid-week last week, we had to alter things a bit..... 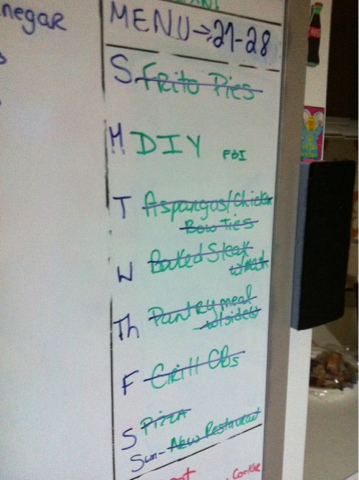 Tuesday: Asparagus with Chicken and Bow Tie Pasta (recipe found in a mag)

Wednesday: Baked Steak with Mashed Potatoes (hubby's grandma's recipe :-) )
Thursday: the pantry meal was--Cheesy Chicken Pasta from Velveeta with {boxed}Au Gratin potatoes and  sauteed broccoli
Note: We're trying to stop eating so much boxed and processed foods (other than some of the soups that I won't make from scratch) and the best way is a "Use it use" mentality. Not quite done, but getting there. :-)

Friday: Grill Night. This one was Cheeseburgers. We got one of the packages from the store, added hamburger seasoning and cheese from the deli. Put on wheat buns with Miracle Whip Hamburger Sauce (it's orange)....can't stand Miracle Whip, but LOVE this sauce. :-P and Orida (sp?) Crispers baked in the oven

Saturday: Pizza. We did a Relay for Life earlier that day. It was a long day and pop in a pizza was perfect for a nasty, rainy, thunderstormy night.

Sunday: A new (to us) restaurant.  We're currently in Europe, moving back to America soon, so we're working our way through restaurants we've heard of or seen or been told about before we have to leave. We're hoping to do a new one every week if we can.


My life is just a weaving
Between my Lord and me.I cannot choose the colorsHe weaves so skillfully.Sometimes He weaveth sorrowAnd I in foolish prideForget He sees the upperAnd I the underside.Not ‘til the loom is silentAnd the shuttles cease to flyWill God unroll the canvasAnd explain the reasons why-The dark threads are as needful,In The Weaver’s skillful handsAs the threads of gold and silverIn the pattern He has planned.